Many years ago I wrote a book called “Anyone can Make TV”. It was a big effort supported by a team of dedicated researchers and consultants. The result was production handbook that, while intended for a community sector audience, was taken up by a number of Colleges as a good solid introduction to TV production. The book is still available and though written in the nineteen nineties still gets the occasional quote on the web. 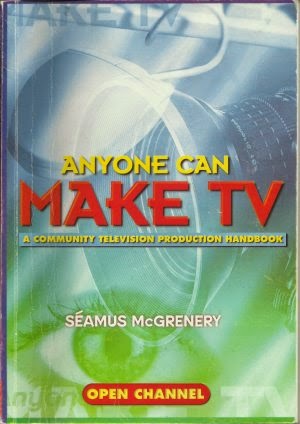 Two things motivated me then: First was a belief that stories matter, I think our stories are a fundamental part of our identity, if we only watch other peoples stories we loose part of who we are.  The second thing was that, at the time I was writing, changes in technology were bridging the gap between consumer and professional production equipment. By the turn of the century consumer video equipment was good enough for use in broadcast hence the title.

One change since I first wrote the book is technology. Now it has moved on to the point where smart phones can record video that can still look good when blown up to the size of a movie screen. Digital still cameras can shoot at movie quality and the editing can be done on a pretty regular laptop or computer.

Another change is that I am now more passionately convinced than ever of the need for us all to be able to tell our own stories. What we feel, what we believe, what we stand for matters. I think our stories help shape the way we think about the world. Every movie we see goes into the store of second hand experiences that we use to weigh the evidence when presented with a new situation.

The coming of age of the web has had a profound change on the way we make, distribute and consume moving pictures. The range and quality is vast, but at its best it can be amazing. It is a place for shared activism, and even sometimes the emergence of collective art. It has created a space where we can share what touches us. Some pieces reach an audience of millions, and out of this is emerging a new art form. Now an individual can easily make a short video themselves, share it and see what happens.

Sometimes you want to do more. If you have a story to tell that needs a bigger stage, where you will need more people, more resources, and to know that you will have the quality to engage an audience on a movie screen, or broadcast TV, then this is for you.

Before a sculptor can carve a work of art they need to learn the tools of the craft. The same holds true for movie making. Using some fairly common tools Anyone can Make a Movie, and of course TV.